His rallies are a clear and present danger to all Americans. These super-spreader events are not restricted solely to his people but to those, they come in contact with more often than not. 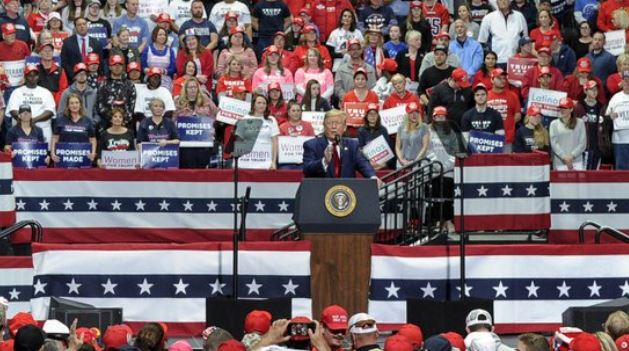 It’s been clear from the beginning that Donald Trump’s no-mask, no-social distancing, no-common sense rallies were a very bad idea. Trump’s very first COVID-era event in Tulsa took that city to record numbers. It also marked the very last public appearance of former Republican presidential candidate Herman Cain before he died of the virus. But then, Trump probably thinks that Cain had the wrong kind of genes.

There’s been a lot of reporting about individual cases and clusters of COVID-19 associated with Trump’s events. The number of cases associated with the Amy Coney Barrett introduction event, including Trump’s own, was a vivid reminder of just what an awful idea it is to gather even a smaller group of people at a time when the pandemic is exploding across the whole nation.

But now researchers at Stanford University have turned Trump’s rallies into a case study in wrongness. Looking just at rallies held between June 20 and Sept. 22, they came up with a total of 30,000 cases. That means Donald Trump isn’t just ignoring the pandemic, or even encouraging herd immunity. He’s the nation’s single largest vector of disease.