Even though this should not be a shocker, blood still boils mainly because the Black Teens had to go through racial profiling in the most hurtful form. But still always would have you believe that it is just their imagination that one’s race has anything to do with it. 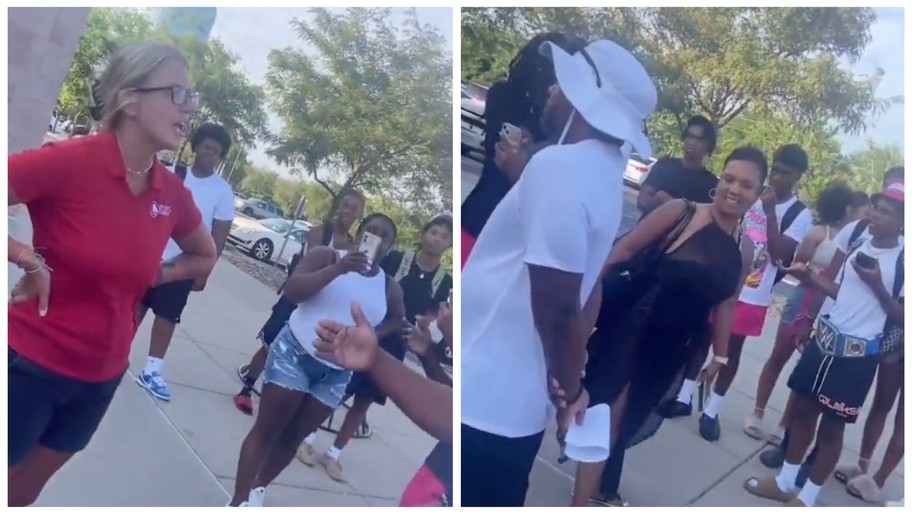 A Black family who had reserved a Missouri parks and recreation facility for a teen boys’ birthday party last Saturday arrived to learn the party had been canceled the same day because, as a white manager explained to the family, she was “uncomfortable.” The event space, Summit Waves aquatic center, is run by Lee’s Summit Parks and Recreation (LSPR) and located in the city of Lee’s Summit, about 25 miles southeast of Kansas City, Missouri.

Chris Evans, the father of two teens for whom the party was organized, told NBC-affiliated KSHB-TV that he believes this was an incident of “racial profiling and discrimination.”

“My kids were heartbroken the party was canceled,” Evans said of Isaiah Evans, 17, and Chris Evans, 15. “They are good kids who make good grades and have bright futures and do not deserve to be treated like this.”

Grace Carson, aquatic manager at the water park, can be seen in a witness video telling the family that, because of the outreach she got on social media, the party “is not something that LSPR is comfortable hosting.”

“Because we are a public entity, we can cancel any party that we want to,” Carson claimed.

She initially refused to talk privately with the family, but when an officer on-site at the center intervened, she told him she was okay with a conversation. The video footage ended with the family announcing to teens who had gathered near them that the party was canceled.

After the encounter, allegations surfaced on social media that a lifeguard used a slur to describe the guests. Lee’s Summit Mayor William Baird condemned the remarks in a statement the The Kansas City Star obtained.

“The comments were appalling and not condoned by Parks and Recreation, and are inconsistent with the culture I know the City of Lee’s Summit strives to reflect,” the mayor said.

The city Parks and Recreation department released an apology statement on Tuesday that reads more like a justification for the water park’s actions than an actual apology.

“A sincere apology is owed to the Evans family and our Lee’s Summit community,” a department representative wrote. “LSPR strives to be a respectful and inclusive organization where all members of our community feel welcome and appreciated. Inappropriate language, social media posts, and behavior are not acceptable and will not be tolerated.”

Watch the father’s presser. The city and those who condone this behavior should feel pretty small and embarrassed.