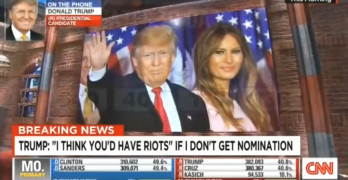 Donald Trump’s implicit threat of violence is a signal to his supporters Donald Trump implying violence if he does not get the nomination is a marketing tool intended to force conflict averse Americans to support him. It is a tactic that works all over the world. Chris Cuomo asked Donald Trump what was his plan to bring […]