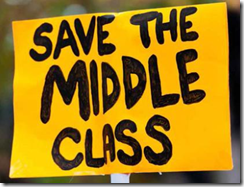 A few days ago I wrote the piece “I Am A Tough Man But This Made Me Cry And Resolved To Continue Fighting This Class Warfare”. It received several thousand hits on my site. I sometimes use my site and Facebook Page as a gauge before cross posting to other sites to see community reaction or if I missed something. Many times I am humbled by critical eyes that invariably make a better piece or at least a better next piece. I crossed posted the above piece to the Main Facebook Page of Coffee Party USA, to DailyKOS, and to Addicting Info, a wonderful site where I am now contributing articles.

A contributor/reader at Addicting Info sent me a long email that really gave me pause. He recounted a story about government sanctioned outsource/offshoring as well as another union story. He did something about each issue. He acted. Most importantly he said.

Likewise, in addressing these wrongs you highlight in your ‘I Am A Tough Man But This Made Me Cry And Resolved To Continue Fighting This Class Warfare,’ and my own rants addressing this issue in: ‘Failed Economy 2011‘ (the 2011 refers to Republican efforts to make President Obama fail… the year they gained a majority), to make a difference in this arena will require us to first put everyone on the same page.  However, simply writing about it, especially on the Internet, and voting Democrat aren’t going to get the job done.

That statement and sentiment encapsulates what must be done to move the country forward. We need those with the ability and desire to write about middle class issues to do so. In doing so one must not just detail the problems. Fact based suggestions for solutions must be explored.

Continuous mention of the middle class tend to make some uncomfortable as they think it is an affront to the wealthy and the ignoring of the poor. This could not be further from the truth. Policies that support a strong middle class provide the ladders of access to the poor and the stairway, however narrow, to wealth.

The current political battle is the negotiations to avoid the country from going off the mythical “Fiscal Cliff”. The Fiscal Cliff is the return of the Clinton Era Tax rates, across the board budget cuts negotiated in the Budget Control Act of 2011, expiration of 2% Social Security Tax Cut, and a few other tax cut expirations. This was negotiated because the Republican Congress held the middle class hostage by refusing to increase the US debt ceiling if the Bush Era Tax Cuts were not extended to both the middle class and the wealthy. They also wanted to force deep spending cuts on the social safety net. This was largely responsible for the Standard and Poor’s downgrade of the US credit rating.

The Fiscal Cliff would be such a severe hit on the middle class that it simply could not remain in effect for very long without political ramifications for the party that is deemed to be obstructionist. It is important now that as negotiations go on, middle class America make the politicians know they are engaged and they understand what is at stake. No quick fix must be tolerated in order to get a bill. As was mentioned above, we must be on the same page.

Being on the same page means

The reason these simple and fair ideas are generally not on the table is that most Americans do not understand the extent to which policies have been designed to transfer wealth from the middle class to the wealthy. It has effectively turned most Americans into “wealthless”, “assetless” indentured servants.

Now it is time for every working middle class American to find their congress person and make their demands. There will be forthcoming information to assist you in demanding that the politicians provide us with middle class centric policies on my Coffee Party Radio Show “Politics Done Right”.