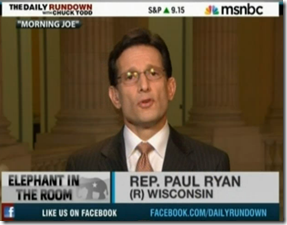 The election proved one thing decisively. It was not a close election. Democrats won the popular votes by 5 million for President, by several million in the Senate, and by over 1 million in the House.  Republicans control the House solely because of the manner in which congressional districts were gerrymandered. The election proved, after both sides of the debate were fleshed out ad nauseam, that the country is a center left country and getting much more liberal socially.

These are all policies most Americans love or yearn for; not handouts, but humane policies. These are policies that have all been objected to by conservatives. It should be noted that there are conservative Democrats and Republicans as well as progressive Democrats and Republicans. While the Democratic Party of today is a more progressive party, the Republican Party has force a regressive form of the Conservative ideology on most of its policies that would have most forget that many of their progressives were directly responsible for many of the good and humane policies above.

It is evident that many in the leadership of the Republican Party have gotten the message. In the last few days Representative Eric Cantor, Vice-presidential candidate Paul Ryan, and Governor Bobby Jindal have been quite vocal. In unison they talk about no longer being the stupid Party but the party of ideas, the party of grown-ups.

In doing so however it is evident that they have missed the ball. These three spokesmen would have opposed all the progressive policies mentioned above. Yet in rebranding they believe what they need to do is to explain their policies. They forget that is what Mitt Romney did even as he tried to tack to the middle yet maintain his conservative bona fides.

In the video Cantor says “we have not explained why we take the positions we do”. Ryan says they have to show why their ideas are better at fighting poverty & healthcare. Jindal says they get back on track by winning the argument of ideas.

The reality is that we have been living under Republican brand of conservatism since Ronald Reagan with a brief hiccup when President Clinton raised taxes to balance the budget. The outcome of all these policies is what we are living with today. Explaining is not the answer. Moral middle class policies that are being attempted by the president with pressure from the grassroots are.