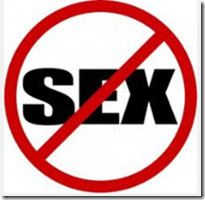 One must begin to ask why Republicans are so obsessed with the sexuality of American citizens. Why is it that they want to regulate it? Is it not the Republican mantra to keep government out of our lives; out of our bedrooms?

Yet it seems that they are constantly trying to interject their supposed belief system on everyone else. Yesterday Chris Matthews did a piece about Montana lawmakers wanting to make gay sex a crime. The story was covered earlier comprehensively by Addicting Info writer Lorraine Devon Wilke in her piece “GOP Rep Declares No One Except Those Procreating Should Have Sex, Especially Not Gays”. The video provides a window into the mindset of those that believe it is their right to control everyone else’s sexuality.

I have a whole lot of love and respect for a whole number of homosexual friends. So there is no homophobic issues going on here at all with me….. I kinda likened it like this. This  pen has two purposes. The first purpose of course is to write. The second purpose is to retract so that it doesn’t leave a stain on your shirt or your purse. So that’s two purposes. But one is primary, the other is secondary. To me sex is primarily purposed to produce people…. Sex that doesn’t produce people is deviant. That doesn’t mean that it is a problem. It just mean it’s not doing its primary purpose.

First of all, the pen analogy was rather poor. The comparison actually justifies “deviant sex” as good, necessary, and cost effective. After-all, the secondary purpose, the deviant purpose of the pen prevents a stain that would damage the shirt possibly irreparably and there would be costs for a replacement. Second, if he truly believes that sex was made solely for procreation, he better hope his wife believes the same, else she may be knocking on other doors while he is preaching his nonsense.

The Huffington Post piece today titled “11 Actions That Prove Republicans Are Intent On Making 2013 A Terrible Year For Sex” made me think about the Matthews piece above. All over the media there are these stories about Republicans trying to ban a woman’s right to an abortion, curtail birth control,& maintain anti sodomy laws. The central thread is sex or sex related.

Again, one must ask. Why are Republicans so obsessed with sex? Well, I mean on other’s “sex”. If one follows the Mark Sanford story, the Herman Cain Story, the Newt Gingrich story, or any other major Republican, their proclivity for sexual peccadilloes is no different than that of the population at large.

One could make the case that the Republican War on Sex was designed to attract the evangelical base. There is a flaw in that argument as some of the biggest sex scandals involved some of the most powerful evangelicals.

I believe the answer is simpler than we all think. Human sexuality is an expression of self. Having control of your sexual being provides complete freedom. “He” who controls that function, controls you in many ways. He controls gays, women, lesbians, and everything in between. Note no one ever create laws that affect a “real man’s” sexuality. The Republican War on Sex is nothing more than a method of control to wield power.