This little country, Denmark could teach us something 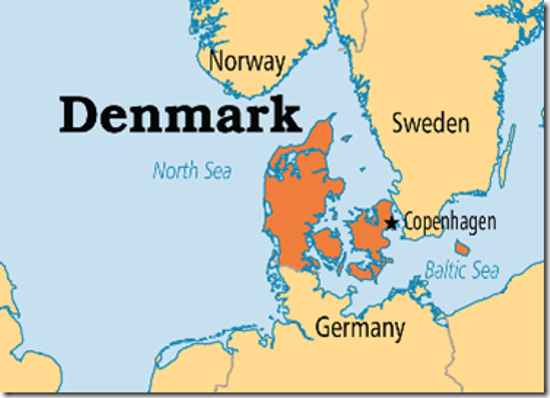 A few days ago Bernie Sanders gave a speech in which he articulated the need for a grassroots movement to effect a government that really works for us all. If we are to have a middle-class and citizenry that have the protections of a safety net as articulated below, the movement Bernie Sanders talks about is indeed what we must effect now.

Last year Denmark was ranked the happiest country in world. This year Denmark is ranked the second happiest country in the world topped only by Norway. They are both successful high tax, very good social safety net (universal healthcare, unemployment compensation, retraining, free or affordable higher education, etc.) countries. They are both democratic.

Denmark and other Scandinavian countries weathered the 2008 Great Depression better than most of Europe and the United States. They did this even with what Americans would consider a bloated public sector.

The reality is Americans have been lied to or allowed to wallow in their own ignorance. They have been taught to believe fallacies that counter one’s intuition. Once this indoctrination is complete, change towards progress is non-existent or painfully slow.

If one is to believe in the economy of scale, America’s size makes efficiency even more possible than in these small countries. America is extremely rich with natural resources, not only oil. The problem is that it is distributed unfairly among the few that ‘stole’ it or bought it on the cheap (e.g.,25 families own 1% of all land and the resources of that land in America).

One of the reasons Denmark and other Scandinavian countries with strong social safety nets weathered the Great Recession better is that they had a built in stimulus. In America when one loses a job, they get unemployment for a short time (this recession was an exception). That unemployment is much less than wages and runs out quickly. That means the contribution to the economy by that laid off worker makes a recession much worse as much less money is entered into the economy. In countries with strong safety nets, workers get up to 90% of their wages. As such the economic shock from unemployment is mitigated till the economy’s ‘overstock’ is mitigated until increased employment is required.

In America we are encouraged to disregard logic and obvious reality for the sake of ideology. The ideology is present to maintain not only a status quo, but a country where only a select few will ever have the opportunity to be wealthy. It is a ‘me first’ and selfish ideology. It is an ideology where wealth is built on the backs of the middle class and the poor, Class Warfare.

Independent Senator Bernie Sander’s article titled “What Can We Learn From Denmark?” is a very important read.