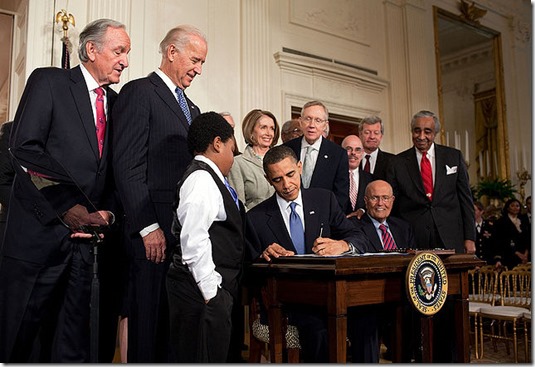 A deal was struck. The Obama Administration will allow the federal government to continue paying a large share of the cost of healthcare for members of Congress and  their aides. Absent this deal, politicians and their aides would find themselves in the same boat as Americans who work for themselves or have no insurance. They would have to go shop around for whatever is available on the market.

Of course absent the Affordable Care Act (Obamacare), if they had diabetes, Lupus, a back problem, a knee problem, or any other chronic ailment, they likely would not have been able to get insurance. Can you imagine a Congressperson having the same problem as the citizen he/she represents?

Under the deal, according to the New York Times, the government, “We The People”, will continue subsidizing the healthcare of ALL politicians and their staff in the order of $5,000 per individual per year, and $11,000 per family per year. They must purchase their healthcare plans on the health insurance exchanges. They will not be eligible for any low or middle income tax subsidies.

At least politicians and their aides will be using the same exchanges the common person will be required to use. That may be an incentive to get them right and fully funded.

At the first sign that politicians perceived their healthcare insurance may be compromised, they lobbied the administration to do something about. Yet, as we hear the constant drumbeat of Republicans wanting to repeal Obamacare with absolutely nothing to offer millions of Americans if said repeal were to miraculously occur, is a lack of empathy for fellow citizens and willful disregards for their well-being.

Only when the comfort or well-being of the politicians is at risk do they act. Who can forget the effects of sequester on programs for the poor, the middle class, and on flights? Congress quickly voted a fix because their flights were delayed. This fix was limited to that which affected them directly.

Inasmuch as the effect of sequester has been devastating to the poor and working middle class, when was the last time any of this was mentioned by politicians or the mainstream media? Where is the outrage?