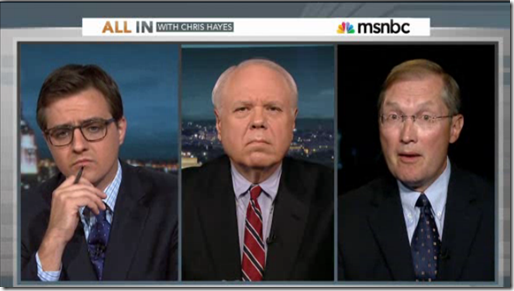 Over the last 30 plus years apathy by Americas have allowed a party to manhandle the majority. Many claim that the major reasons for this are the corruption of politics by money and corporate personhood.

After-all, is it not true that money can purchase an inordinate amount of false advertising to create a false reality? After-all, if a corporation is given the rights of a person, does it not get free speech and all the protections of the Bill of Rights and in effect a vote? While both of these are true, ultimately it breaks down to an individual deciding to be learned or willfully ignorant.

This is not a sentiment that is only held by Liberals or Democrats. This is a sentiment also voiced by many notables in the Republican Party as well. General Colin Powell in an NBC interview spoke about “a dark vein of intolerance” in his party. Colonel Lawrence Wilkerson had similar comments.

Last December Norman Ornstein and Thomas Mann wrote the Washington Post essay “Let’s just say it: The Republicans are the problem”. Last April President Ronald Reagan’s former budget director David Stockman in a recent interview said, “… I think the Republican Party is not really a party. It doesn’t stand for anything except reelecting itself. It’s a coalition of gangs ….”

There are scores of Republicans coming out ever so slowly in an attempt to take back their party. Bruce Bartlett, Former Senior Policy Analyst in the Reagan Whitehouse and Former Deputy Assistant Secretary for Economic Policy in the George HW Bush Whitehouse and Michael Lofgren, former staff member of the House and Senate Budget Committee for 28 years and author of “The Party Is Over: How Republicans Went CRAZY, Democrats Became USELESS, and the Middle Class Got SHAFTED” appeared on All In w/Chris Hayes. They provided the most shocking excoriation of what the Republican Party has become.

This is not the 80s. This is something new. The party that I joined was the party of Lincoln, the party of Theodore Roosevelt, the party of Eisenhower. They were patriots all. They were for one nation, indivisible. We have an insurrectionist, neo-confederate party that seems dedicated to all kinds of apocalyptic outcomes. I don’t know if this comes from their fundamentalist religious outlook or whether it’s just good fund-raising for them among their base, but they are no longer a normal political party. They are an insurrectionist party that is bringing down the government.

I think what we’re really seeing here is a crisis of democracy, where one party believes its principles are so correct, so strong, and the other party’s principles are so evil that we’re essentially talking about God compromising with Satan and you can’t do that and therefore they’re justified by using any means necessary to get their way, despite the fact that the majority disagrees with them. They don’t think that that matters in the slightest. The truth of their principles is the only thing that matters to them.

The entire interview of these two notables is worth watching.

The current political dynamics of the Republican Party is causing harm to the country. Most importantly it illustrates a major defect in America’s ‘Republican Democracy’. If it were not for this defect, the intransigence of a minority would not be as important. However, with much less populous states having more power in the Senate than populous states and with gerrymandering sending representation that does not reflect the aggregate sentiment and values of the represented, the corruption of government will continue for some time.

One can only hope that as the lack of working middle class centric policies get thwarted by the intransigent and their effects are borne more visibly by those that vote for them, these constituents will vote them out accordingly. So far this has not been the case but one can hope that as more ‘truth’ is made available through sources other than the traditional media, this will become a reality.