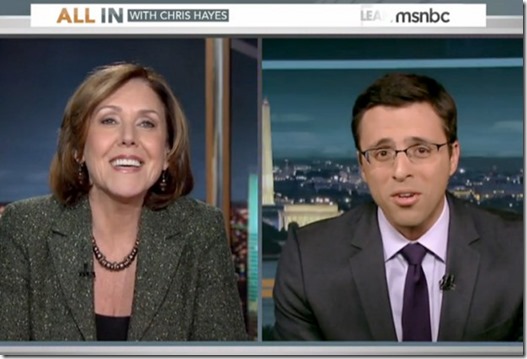 The launch of the Affordable Care Act (Obamacare) healthcare.gov was buggy and problematic. The healthcare.gov website’s performance is contrary to government that works. Customers’ first experience of healthcare.gov, one of three entry points to the Obamacare exchanges, was not pleasurable. It took me three days to get an application in Texas (I started on October 1st).

As a software developer, I thought the roll out of healthcare.gov given its complexity would be next to impossible to accomplish in less than a year. I knew it would have a lot of problems upon release. Much smaller undertakings had launches that were this buggy.

After listening to the hearings today, it is even more shocking that it was marginally functional under the load it was bound to receive. The healthcare.gov website was tested two weeks before launch. Generally sites of this complexity are tested for months and then released to a small subset of its intended audience. This is not a static website. It is a portal that simplifies the access to healthcare by validating income, insurance type, family structure, and much more.

After reading between the lines in the hearing, it was evident that everyone knew the site would have problems. They did not form a circular firing squad but an aura of plausible deniability in front of Congress.

It is my impression that a justifiable political choice was made. Republicans are very good at what they do. They cannot govern but they are efficient in obstructing. Democrats and Liberals are sometimes too self-judgmental. Many times instead of fighting for their values and principles they take a path of least resistance. A delay in order to test the product to ensure a near perfect release was untenable. 2014 is an election year. There is a good chance that as Republicans spin a delay as a fatal kink in the law, many Democrats would become parties to killing it with a thousand cuts. A buggy release would be alpha and beta tested in real time. As more and more people sign up for the coverage under healthcare.gov (the exchanges), Obamacare becomes nearly irreversible.

This week Joan Walsh wrote the most sensible Salon piece about the buggy launch of healthcar.gov and its coverage by hyperventilating Liberal journalists. She gently and respectfully slapped Ryan Lizza, Think Progress, and Ezra Klein for hyperventilating. Many took exception to her critiques. Many wanted Liberal purity. After all, what distinguishes Liberals from Republicans is absolute honesty. Liberals call a spade a spade. Right?

Chris Hayes had both Joan Walsh and Ezra Klein on the show to air out their ‘dispute’. It was the first time I did not like Ezra Klein who is an excellent journalist. His absolutist overbearing moral indignation for being questioned on his tone of objective reporting was completely uncalled for. What was more upsetting is he did not know what he was taking about. From a software development point of view he was not qualified to assert as he did, success or failure of the functional specs of healthcare.gov’s backend. His unwarranted critiques were just as scary and detrimental to those yearning for the benefits of Obamacare, as are the false assertions by Republicans. He allowed himself by his tonality to be used as the Liberal poster boy detailing Obamacare’s failure.

Good reporting does not mean just laying out the facts. The purpose of the press is to ensure transparent government. It is a check on government. Reporting carries responsibilities as well. Where two factions within a government are at war, it is the responsibility of journalists to be truthful but to minimize the possibility that truth will be used to do harm. Ezra Klein said he just does not care who his reporting hurts. He just reports the facts. That is naïve. Many seasoned journalists before Klein new that in the best interest of the country exceptions are made to ensure their reporting did not become a catalyst for others to do harm.

During the week there were many other Liberals, other purists on television complaining about the problems with healthcare.gov’s potential to cause people to give up. It shows how many live in ivory towers. It shows how many of our Liberal journalists fail to understand those they purport to care about.

The millions of Americans that have been yearning for insurance will keep trying. The millions of young people that are responsible will eventually sign up. It is silly to believe if one is dying from thirst, one will not keep trying the tap till water flows.

Journalist must do their jobs. The President says Obamacare is not a website. That is a fact. The law has already done much for the vast majority of Americans. It made it illegal for insurance companies to rescind policies. It removed caps insurance companies used to maximize profits at the expense of middle class folk. Effective in January pre-existing conditions cannot cause denial of coverage. Children up to the age of 26 can remain on parents’ policies. The donut hole for the elderly is being closed. Small businesses receive subsidies to help with insurance. There are controls and support for clinics and various other healthcare concepts that go completely unreported.

Healthcare.gov is one of the portals to the implementation of Obamacare for the other 15% of Americans, those left behind completely by the private insurance markets. It was bound to be a difficult task. 15% of a population does not have much political voice. While many may be more concerned with ‘journalistic purity’ or ‘Liberal purity’, those suffering the effects of economic, health, or political marginalization cannot.

It is time for Liberals in the media to stop hyperventilating. Report truthfully but with the proper context that does not scare but informs. Otherwise you are nothing more than Fox News Lite.