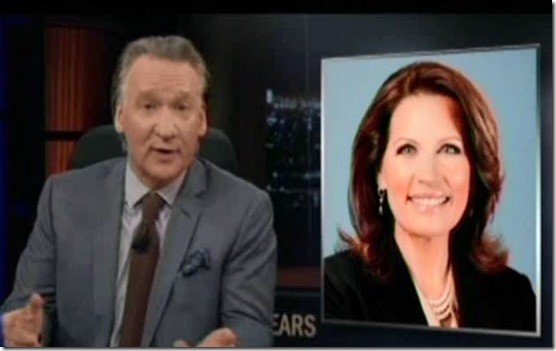 Bill Maher’s New Rules on the plea to raise the minimum wage is on point. It is hard to understand anyone’s objection to it. A country cannot frown on citizen’s using public assistance if it does not create an economy that pays a living wage to all its citizens that are working.

The following snippet with the most relevant bullets from his New Rules segment on the minimum wage is on point.

When it comes to raising the minimum wage Conservatives always say it is a non-starter because it cuts into profits. … You might think that paying people enough to live is so self-evident that even crazy people could understand it. But you would be wrong. …

Michele Bachmann is not only against raising the minimum wage, she is against having one at all. She wants said “… if we took away the minimum wage … we could … virtually wipe out unemployment … because we would be able to offer jobs at whatever level.” …

And naturally Ted Cruz agrees. Ted Cruz thinks it’s a good thing that when his Cuban father came to America he was paid fifty cents an hour to work as a dishwasher. …

Consider the fact that most fast food workers whose average age by the way is 29 … are on some form of public assistance which is not surprising. When even working people can’t make enough to live they take money from the government.

This is the question the Right has to answer. Do you want smaller government with less handouts or do you want do you want a low minimum wage because you cannot have both. If Coronel Sanders isn’t going to pay the lady behind the counter enough to live on, then Uncle Sam has to. And I for one is getting a little tired of helping highly profitable companies pay their workers.

The viral story of a McDonald’s employee calling a McDonald’s help line is probative. McDonald’s gave her information necessary to get government assistance and charity. This was a full time worker. What she really needs is an increase in the minimum wage. What she needs is the dignity of pay she can live on.

Bill Maher is late to the party. George Carlin figured out long time ago that the American Dream had become a pathway to indentured servitude. He laid it out in his “The American Dream” standup skit. The minimum wage is part of the problem. However, the problem of the poor and working middle class is much deeper.

The problem is income and wealth disparity that is getting worse. Income and growth is extracted from the poor and the middle class with policies to ensure the incessant steady growth of the wealth and income of a very few.