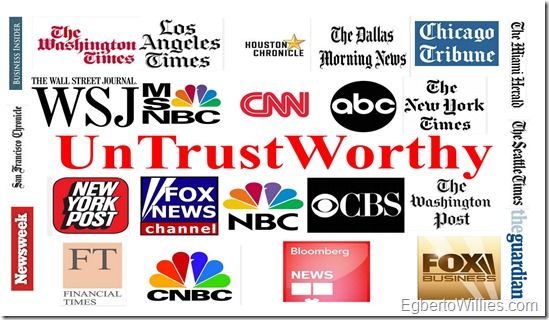 Common knowledge to those who follow the ins and outs of Obamacare is that there is an industry out there to destroy it at all cost. The traditional media has been the major conduit of the lies and misinformation.

It isn’t only the smaller media outlets that are generating the barrage of misinformation. CBS News whose ‘60 Minutes’ has been compromised with Benghazi and NSA misleading stories has been a major culprit. After-all CBS’s Jan Crawford reported a story about a woman losing the insurance she loved and could afford. It turned out had CBS made one telephone call or just checked healthcare.gov they could have informed the woman that she could get much better and reliable insurance for a comparable price.

It is a new day in media. Corporate owned major media that sometimes seem to purposely allow themselves to be a conduit to lies and misinformation are being challenged. Bloggers and other independent media that previously had little reach are now fact checking. They are using the power of the internet to inform with fact based information and not hit pieces that is now endemic in the traditional media.

Maggie Mahar, a prolific blogger at HealthBeat Blog and author of ‘Money-Driven Medicine: The Real Reason Health Care Costs So’ wrote the blog post Anatomy of an Obamacare ‘horror story’ detailing yet another misinforming story. It turns out the story in the Fort Worth Star Telegram was not only biased, it was simply not true. Maher writes.

For months, health reform’s opponents have been feasting on tales of Obamacare’s innocent victims – Americans who lost their insurance because it doesn’t comply with the ACA’s regulations, and now have to shell out more than they can afford – or go without coverage.

Trouble is, many of those stories just aren’t true.

Yesterday I posted about a Fort Worth Star Telegram article that leads with the tale of Whitney Johnson, a 26-year-old new mother who suffers from multiple sclerosis (MS). Her insurer just cancelled her policy, and according to Johnson, new insurance would cost her over $1,000 a month.

Obamacare prohibits insurers from charging more because a customer suffers from a pre-existing condition. This rule applies to all new policies, whether they are sold inside or outside the exchanges.

At that point, I knew that something was wrong.

Blogger did investigative reporting the newspaper should have done.

Maggie Mahar did not just read the story, discount it, and go off to something else. She did something about it. She got involved. She checked healthcare.gov and found out that a comparable policy with much better and secure coverage would cost Whitney Johnson $7 more than she was currently paying.

Maggie Mahar went further. She called the Fort Worth Star Telegrram. After calls not being returned, she finally got a callback. She was informed that the newspaper received an email stating Whitney Johnson did find insurance at a similar price. The newspaper would not confirm that they would correct the story.  It is evident the newspaper either has an agenda or is scared of revealing the truth for reasons that can be assumed. They came out with a defense of the story as well as a mea culpa for a less than complete story.

Maggie Mahar discovered that Whitney Johnson was a member of the Tea Party. The newspaper did not attempt to do any background checks. She finally reached the reporter of the story. The reporter told her that she had no experience covering healthcare. Moreover her assignment was to find people who were having problems with Obamacare. When she suggested doing a story on people helped by Obamacare she was not given a green light to do so from her editor.

The Fort Worth Star Telegram has over 200,000 readers. They chose to misinform these users maybe negligently, maybe willfully. What is sure is that so far they have chosen to willfully keep them misinformed.

If this isn’t yet another reason to disregard most of corporate and traditional media, what is? The consequences of misinforming the public are grave. It can even be fatal. The public must be informed constantly that the media that use to be the source of unbiased information that could be depended on is no more.