Thank you for a better inequality message. 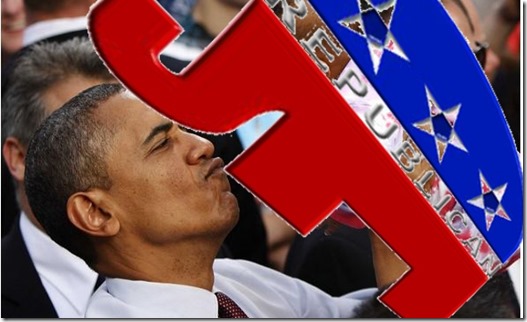 Income inequality and wealth disparity is real in America. Does this statement mean anything to the average American? Of course it does. It is the place every red blooded Americans fear they may be visiting. But like any unpleasant thing, they do not necessarily want to talk about it. You see, income inequality and wealth disparity is a state of being. It is a result. It seems static. It is where one can see themselves going and not necessarily coming out of.

For that reason a few weeks ago I wrote the article titled “Not A Winning Message: War On Poverty, Income Inequality, And Wealth Disparity.” In that piece I wrote the following.

Nobody wants to be like the poor. Nobody wants to believe they can become poor. Sometimes one’s dignity requires placating one’s socio-economic condition. These behaviors work well for conservatives.

Conservatives have begun spinning Johnson’s Great Society as a failure and the cause for the economic condition. They will ‘racialize’ the message to work on that carnal fear still residing in many. It will be different however. Instead of them taking something from you, it will be progressives think you are like those people who cannot fend for themselves.

In my very conservative town, I have seen acquaintances going through hard times. Their expensive homes are near foreclosure. They have no health insurance. They are struggling because the new job does not pay the wages their managerial jobs paid. Yet, they feel okay because they are able to convince themselves they are not poor or like those other poor folks.

One must never underestimate the power of the mind to cope. Americans have been beaten down economically and indoctrinated into believing it is their fault. A message attempting to remind them of their state is not uplifting.

An article glared at me during my New York Times perusal. The article is deceivingly titled “Obama Moves to the Right in a Partisan War of Words.” It effectively validates my article above. The article states the following.

For years, Mr. Obama has spoken of gaps in both income and opportunity between the privileged and everyone else in a changing economy. But his emphasis has shifted. In his State of the Union address last week, he spoke 10 times of expanding “opportunity” and twice of income inequality. That ratio was roughly flipped in his signature speech on the topic in Osawatomie, Kan., just over two years ago.

“Opportunity and mobility are the right things to be talking about,” said Jared Bernstein, a former economic adviser to Vice President Joseph R. Biden Jr. and now a senior fellow at the liberal Center on Budget and Policy Priorities. “I think the word ‘inequality’ means different things to different people. We always have inequality, and in America we’re not that upset about inequality of outcomes. But we are upset about inequality of opportunity.”

Opportunity denotes an action. That one word implies the presence of a ladder to get out of bondage. Concentrating on income inequality and wealth disparity denotes a state. It requires more verbiage to describe what it is, how one got there, and then how does one get out. It leaves itself open for message distortion.

The reality is that Conservatives are much better at messaging than Progressives. It does not take rocket science to come to that conclusion. Supply side economics (trickledown economics) have decimated the middle class. Yet Americans continue to elect many who continue to govern with policies dictated by that ideology. Supply side messaging has been effective in convincing Americans to vote against their interest time after time.

Drew Westin explains this decisively in his book “The Political Brain.” He shows why messaging must be right to get policy right.

President Obama may have found the answer. Accept that the Conservative message machine is effective. In this case it is also correct. He knows that the narrative by the Conservatives pushing the opportunity message is only that, a narrative. The President has adopted that narrative. He must however give it teeth, and make it a reality. This is his chance to use a bipartisan message to effect a Progressive agenda, an agenda that provides access to opportunity and success for every American.