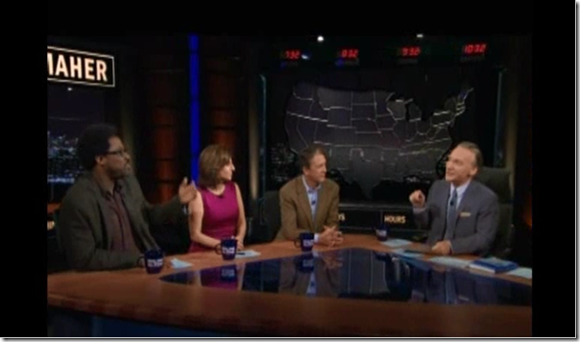 Bill Maher played an interesting trick on his panel last night that might give many pause. He first read the seemingly racist quote that Paul Ryan made a few weeks ago. An entire blog post was written about this a few days ago. Paul Ryan said the following.

We have got this tailspin of culture, in our inner cities in particular, of men not working and just generations of men not even thinking about working or learning the value and the culture of work. […] There is a real culture problem here that has to be dealt with.

Bill Maher posited the question as to whether one should consider Paul Ryan’s statement racially coded. His two liberal guests pounced. “I would go out and say that there was race there,” comedian W. Kamau Bell said. “He was talking about black people when he said that. He was talking about Blacks and Latinos when he says it. Absolutely.”

W. Kamau Bell proceeded to defend inner city residents stating the reality that if there are no jobs in the inner city one cannot expect employment. He justifiably implies that when the entire social infrastructure fails a people, those people fail.

Neera Tanden, President of the Center For American Progress concurred. “What I think is really abominable about what he said is that he is really blaming people because there are no jobs in these communities,” Neera Tanden said. “When you look at his budget – what does his budget do – cuts all the programs in these communities, programs that have helped create jobs. And takes it and actually his budget every year until now has given massive tax cuts to the wealthy.”

Bill Maher then played his trick on the panel. He said Paul Ryan also said the following.

When it comes to getting an education, too many of our young people just can’t be bothered. They are sitting on couches for hours playing video games, watching TV instead of dreaming of being a teacher or lawyer or business leader. They are fantasizing about being a baller or a rapper.

Bill Maher then confessed. “Oh wait, that wasn’t him. That was Michelle Obama.” The commotion that followed was amusing. “It does sound like Michelle Obama is agreeing with Paul Ryan,” said Bill Maher. “This sounds even more like – Hey Black people, don’t be lazy.”

The reality is that context is important. It has nothing to do with the party or race of the person issuing both statements. Paul Ryan’s statement was based on the false narrative that inner city people, minorities, and others’ bad state are mostly self-causal. Within Michelle Obama’s statement of encouraging folks to get off the couch is the realization that many are predisposed to do that because they feel, wrongly or rightly, it does not matter what they do. It is the difference between a put down over a lift up.

Bill Maher: It does sound like Michelle Obama is agreeing with Paul Ryan