Constituent to Paul Ryan: ‘If you didn’t mean it, you wouldn’t have said it’ 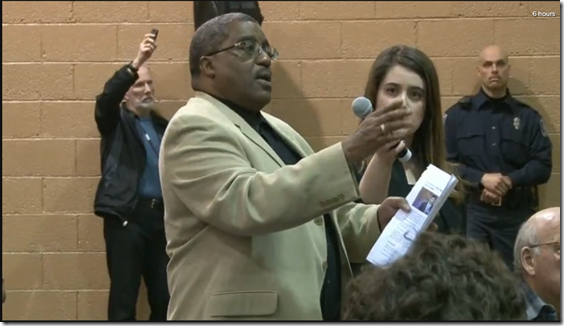 We have got this tailspin of culture, in our inner cities in particular, of men not working and just generations of men not even thinking about working or learning the value and the culture of work. […] There is a real culture problem here that has to be dealt with

Alfonso Gardner got to the point quickly.

“The bottom line is this: your statement wasn’t true, that’s a code word for ‘black,'” Gardner told the former vice presidential nominee during a listening session in Racine, referring to Ryan’s use of the term “inner city.”

Ryan responded: “There was nothing whatsoever about race in my comments at all, it had nothing to do with race.”

Alfonso Gardner made it clear to Paul Ryan what every racially, ethnic, gender, or religious aggrieved community knows. “If you didn’t mean this, you wouldn’t have said it, OK?” Alfonso Gardner said. People don’t say something that they don’t mean.”

I was hoping that Alfonso Gardner would ask Paul Ryan why he chose the inner city to make his point. The same poverty ills in the inner city are prevalent in Appalachia and rural America.

Most upsetting is the characterization of many in the media of Paul Ryan. They try to give him kudos for attempting to address poverty. Frank Thorp V and Luke Russert wrote the following.

Ryan has actually been one of the most aggressive Republican figureheads to speak to impoverished communities and minority groups. He’s been a quiet champion of comprehensive immigration reform, and has sought to publicly emphasize the Catholic principles that underpin his budgets — which Democrats criticize for their cuts to social programs and entitlements.