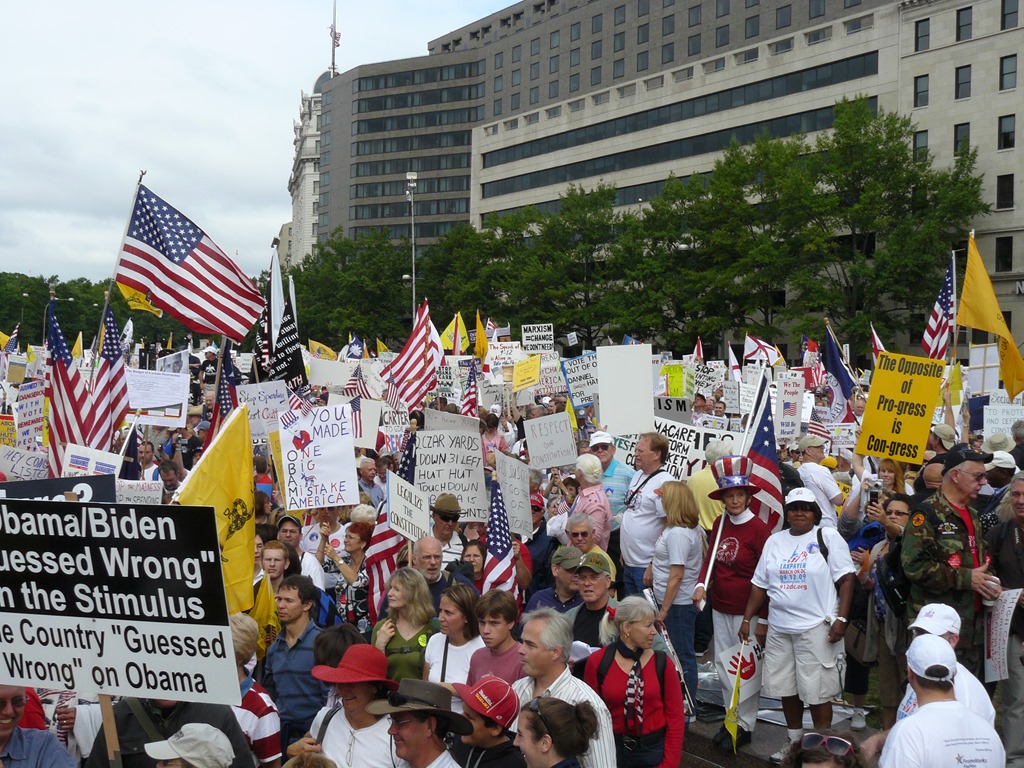 These articles give the impression that there is this great battle between establishment Republicans and the Tea Party. While optically that is true, it has never been the case. The Tea Party was an orchestration of events and people to ensure that the plutocracy was not destroyed by a charismatic president that got elected before the country was ready. The Tea Party did not begin with Rick Santelli’s rant; it was a movement waiting to be sprung when needed.

Any objective observer must concede that President Obama accomplished a lot. Those big accomplishments were necessary to simply keep the poor and working middle class afloat as the juggernaut of unfettered capitalism was pulling them under.

If one looks at where we were in 2008, where many in the Plutocracy feared we would be today, and where we actually are today, one must agree that the Tea Party has won. The Tea Party did not lose on Tuesday. Their branded candidates lost while the establishment candidates won on Tea Party policies. Some ask if the establishment candidates will embrace the Right Wing policies as they run in the general election. The simple answer is that they won’t highlight them. However, past is prologue. If they are elected, they will govern by these policies.

Progressives can learn much from the well-funded, well-advertised Tea Party Astroturf movement. It is a blueprint to follow. Because truth and real populous values are on the side of progressives, vast amount of money is not essential. An open Internet and engagement will suffice.

Many progressives have abandoned the Democratic Party because they feel the party has morphed into Republican-lite. They’ve gone to the Green Party, or the Justice party, or a myriad of other parties that they believe are more in tune with their values. Many in the Occupy Wall Street movement have either been anathema to parties or have been coerced into a strain of Libertarianism that Rand Paul types are courting.

The reality however is poignant. The policies that continue to stranglehold poor and working middle class Americans are their policies. Many Democrats who know better and who want better simply acquiesce to these policies in an attempt to survive. Unfortunately a few Democrats are also wards of the plutocracy.

The Tea Party ensured that the Republican Party lived up to its values as bad as they are by using all means necessary. Progressives must use all truthful populous value based tactics to make the Democratic Party the Progressive Party. Only then will we be able to say as the Tea Party should confidently say today, Mission Accomplished.