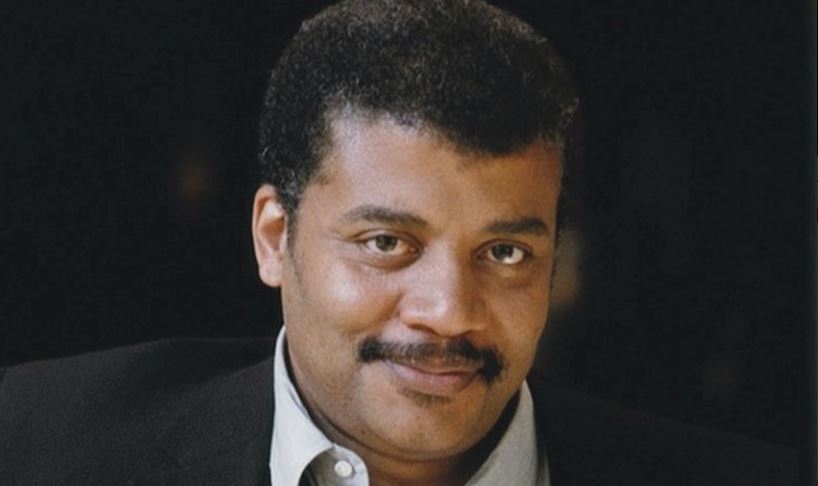 The Pledge of Allegiance Americans learn is simple, concise, altruistic, and more aspiration than actual.

I pledge Allegiance to the flag of the United States of America and to the Republic for which it stands, one nation under God, indivisible, with Liberty and Justice for all. 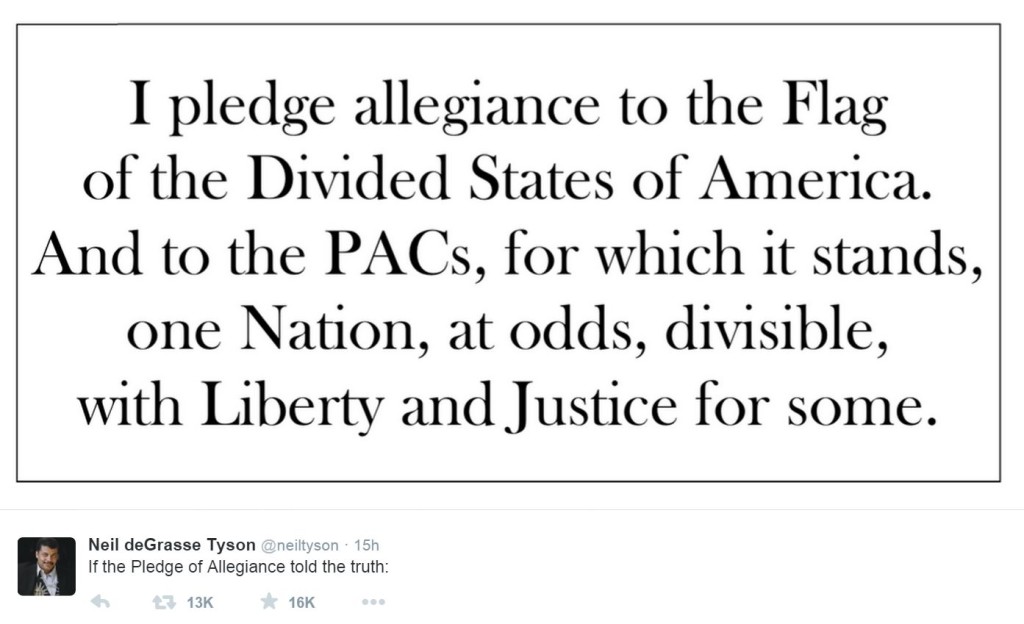 I pledge allegiance to the Flag of the Divided States of America. And to the PACs, for which it stands, one Nation, at odds, divisible, with Liberty and Justice for some.

His pledge is much more reflective of America than the one we learned. One solves problems when reality is first acknowledged.

It is true that we are now the divided states of America. We live in two different countries. We are so divided that half of the country is willing to live in an alternate state of reality where there are death panels, a Kenyan is in the White House, climate change is a hoax, denying healthcare and needed welfare is humane, religious freedom means the right to discriminate, trickle-down economics will work even though it has failed for thirty plus years, and many other fallacies have been debunked.

The Citizens United, McCutcheon, along with corporate personhood validates 'And to the PACs for which it stands' as the wealthy and corporate persons are afforded the ability to fund PACs in a virtually limitless manner to force politicians to effect their will.

The few are afforded the ability to control the many by using those PACs to provide deceptive messages that ultimately engenders 'one Nation, at odds, and divisible'. Divide and conquer still work.

Justice is mostly available to those that can afford to pay for it. Likewise real Liberty is afforded to a select few as most Americans are slaves to their employers, their condition, or their reality with little freedom for upward mobility.

Many trolls have been harassing Neil deGrasse Tyson for his rather truthful recomposition of the Pledge of Allegiance. It will do them well to instead join a movement to take down the policies that make Tyson's pledge more truthful than the one we all learned.