A few months ago after the killing of Michael Brown, the desecration of his body in the streets of Ferguson, and the subsequent killings of Tamir Rice, and Eric Garner, my younger sister had a heavy heart. Her son had just received his license. What was the first question he asked her? “Mom, how do I remain safe if I ever get pulled over by a police officer?” asked Arturo Jacobo. It is then that she sent this op-ed to the LA Times.

One knows what’s going on in a kids head more succinctly when they are given the latitude to be completely self-expressive. This morning my sister sent me one of those notes again.

Hermano-
Wanted to share this essay that Arturito wrote last night for a summer program application where he was asked to describe a pressing social issue.
Love you,
Lindy

For too long the governing narrative of Black boys, men, and other people of color have been one dimensional and stereotypical. It has allowed an antiseptic understanding of what is a dirty national secret being exposed.

I asked my sister for her for permission to print my nephew’s essay. She asked my nephew and he said it was OK.

My nephew is a very smart and politically aware 16 year old. He reads allot and has great intuition. His essay follows.

Why should a 16 year old Black young man have this burden? 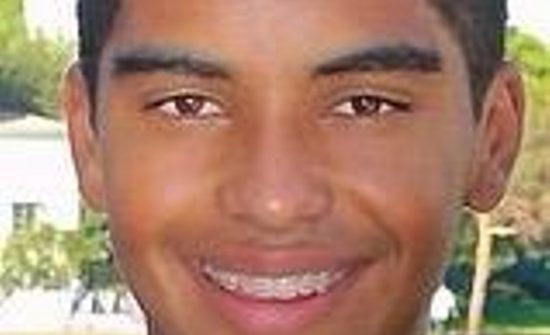 Throughout American history, people of color have been exploited, oppressed, and devalued. The civil rights and social movements of the 20th century such as the Harlem Renaissance, the Civil Rights Movements of the 1960s, and the Chicano rights movements have all addressed such critical issues that plagued American society. However, there is a common notion that these movements completely eradicated racism, and this is far from the truth.

I am deeply concerned about the current situation of the African American community as both a black man and a human being. The unjustifiable and brutal treatment of African American men and women is not just a black issue; it is a problem that all members of society must be concerned about. For this to occur, the problem and the daily struggle first have to be validated by many more outside of the black community than have already done so.

Racism isn’t just a mindset, but it is a systemic and institutionalized problem that has unfortunately been ingrained into the justice system and society. As a result people of color are virtually under attack in all realms.

Media portrayal of African Americans presents the public with very one-dimensional depictions of black masculinity and femininity. These one-dimensional portrayals lead to the stereotyping of black men and women, which are among the root problems of the disease of racism.

The irrational fear and treatment of African Americans stems from negative portrayals from both the media as well as ideas that go back all the way to the slavery era. These irrational fears and hatred have ended up stripping an entire community of their rights both politically and socially.

Although there is legislation in place, it must be enforced in order to be effective and it must also protect all; but doesn’t. I am deeply concerned that communities of color continue to elect leaders that they feel will represent them well and protect their rights and interests. It is devastating that so many political leaders who run their campaigns on trust, faith, and loyalty are failing to serve the very people who elected them.

Unjust methods within the law enforcement system such as racial bias training show just how regressive our society has become. Predisposing certain people to an “expected amount of violence” violates all human rights. How can someone walking down the street causing no trouble feel safe knowing that they are potentially targets of police brutality?

The distribution of wealth is not only unfair, but it is illogical. Cities across the United States draw up plans of new billion-dollar athletic stadiums that will be paid with tax dollars. Yet, municipal governments maintain an extremely restrictive budget for the public education system that is most felt in impoverished communities of color.

The priorities of our government need to be completely re-organized. When there are desperate cries for help, our leaders can’t turn their heads the other way and pretend that they don’t hear them. Political leaders are chosen to serve the people and collaborate with them on ways in which community problems can be solved. Today, there is a huge gap between the leaders and the people. The minorities’ voices are being muffled and their rights are being superseded.