It is amazing the heights of entitlement to the "freedom" of others some feel. In this case, at least no one got killed as in the Ahmaud Arbery murder. 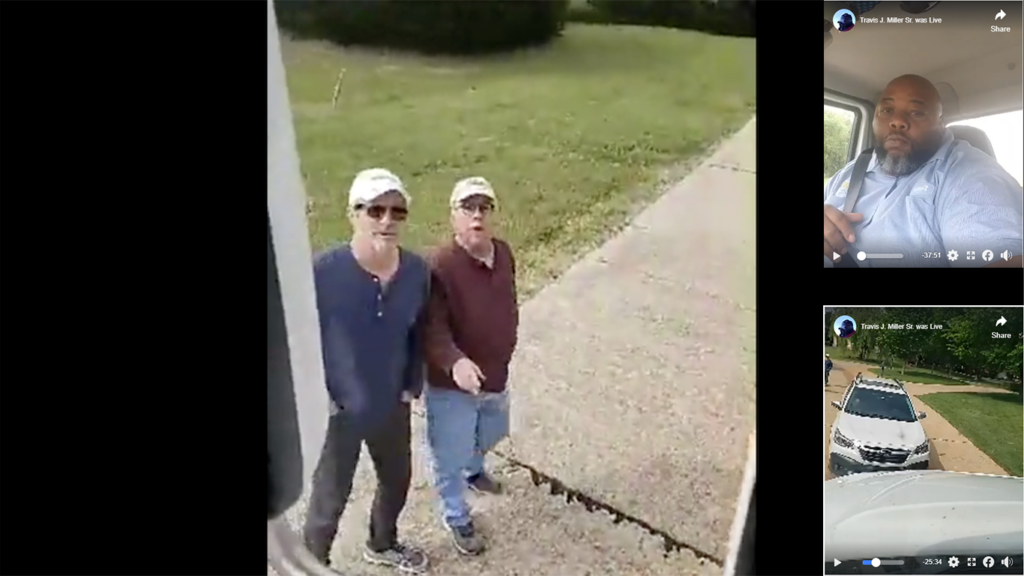 A video going viral on Facebook this week shows the moment a black truck driver in Oklahoma says he was blocked in and questioned by residents in a gated community as he was making a delivery.

In the video, which was first broadcast on Facebook on Monday and has since racked up more than 100,000 views, the driver, Travis Miller, could be seen repeatedly telling a man who claimed to be president of the local homeowners association to clear the way so that he could proceed with his delivery route.

“So, I’m going live. This is what I’m dealing with right now,” Miller says as he turns his camera to show the man’s car pulled up in front of his truck on a street in the neighborhood.

“This is what I’m dealing with,” he continues as he turns the camera toward the man, “Napoleon, get out the way.”

“My name is David Stewart,” the man, who appeared to be talking to someone else on the phone, could be heard responding off to the side of Miller’s truck.

After several moments during which the man continues to talk on the phone, Miller asks, “Can you tell him to hang up and move so I can leave? Thank you.”

“I asked you one question,” the man tells Miller.

“It’s none of your business,” Miller says, to which the man responds: “No, no. It is my business.”