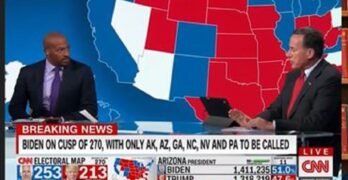 CNN panelist Van Jones slammed Trump for riling up his base to react to the election. Anderson Cooper ridiculed Rick Santorum’s response. 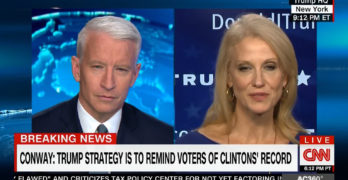 Anderson Cooper gave Trump’s campaign manager just enough rope to hang herself as he called her out for accusing Clinton of what her boss does ad nauseam. 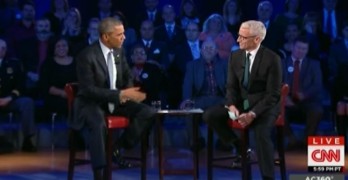 President Obama pushed back at Anderson Cooper’s appeasement of those espousing conspiracy theories about the president’s gun policies. 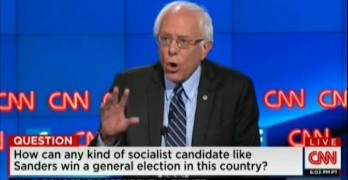 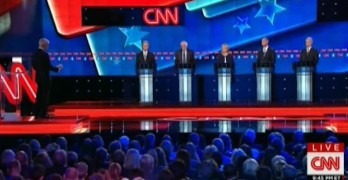