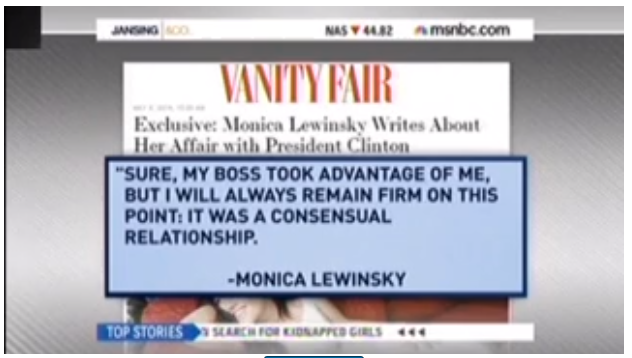 Monica Lewinsky Speaks Monica Lewinsky has picked an rather interesting time to reinsert herself into the political discourse. Her first person speak will be released in Vanity Fair on May 8th, 2014. Vanity Fair has released several teasers in anticipation of the entire piece being released. Specifically Monica Lewinsky said the following. “It’s time to […]