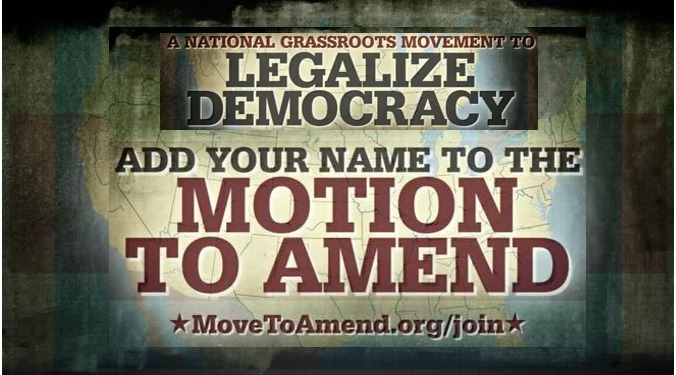 January 21st, 2014 was the 4th anniversary of the infamous Citizens United Supreme Court case. Citizens United is the case that opened the door much wider for corporations and the wealthy to take away our Democracy. Move To Amend was featured with two hours of programming on Free Speech TV on Tuesday, this Citizens United anniversary. […]