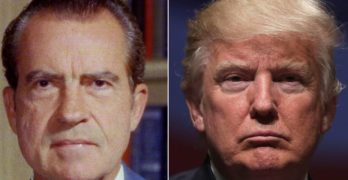 Similarities between Watergate and the slime-storm swirling around Donald Trump continue to stack up. It was there in the Dec. 10 tweet from the misspeller-in-chief: “No Smocking Gun. No collusion.” Highly reminiscent, this is, of Richard Nixon’s Nov. 17, 1973 claim, “I am not a crock.” (OK. Let’s not defame the dead. Nixon was a […] 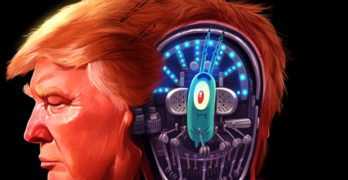 We have that impostor in the White House now. a president more fixated on the TV screen and smartphone than leading the country. 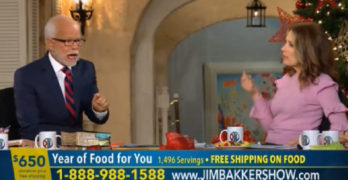 If you wonder why Right Wingers sometimes coalesce around the president, this evangelist’s tactics is a good example of how they indoctrinate their base into a bunker mentality. 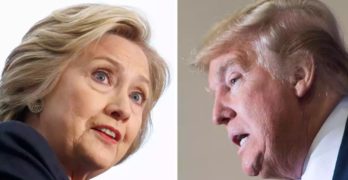 It is becoming very clear as the Russia investigation continue that President Trump is an illegitimate president. And his surrounding cast is complicit. 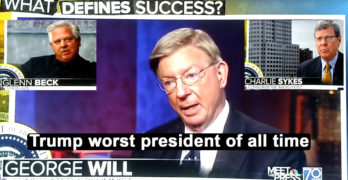 Every day that Trump is in office, he proves why it will be hard not to define him as the worst president of all time. Beck, Sykes, & Will made that clear. 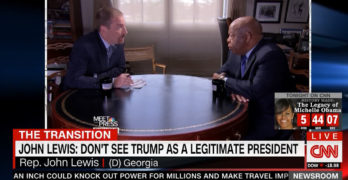 Congressman John Lewis likely opened the door for many who have remained silent to question Trump’s legitimacy in public, and one hopes many do. 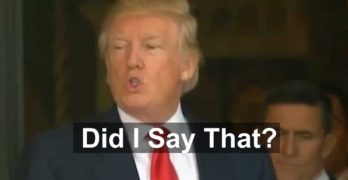 The next President’s response to the reporter’s question seemed inauspicious, but it does not portend a responsible administration based on his ‘cabinet.’ 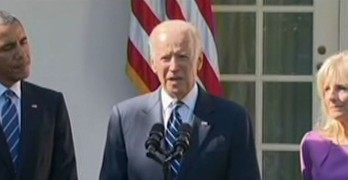 Joe Biden appeared in the Rose Garden flanked by his wife Dr. Jill Biden and President Obama and announced that he will not be running for President. 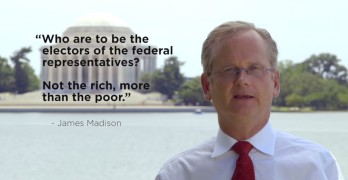 Lawrence Lessig may be the most presumptuous potential presidential candidate. He implies Bernie Sanders cannot govern and we are not thinking big enough. 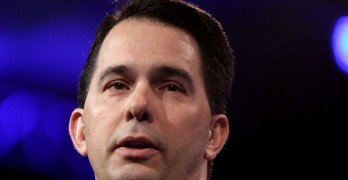 Full Scott Walker Presidential announcement speech. All the long cheer and claps removed to compress it down substantially. Unfortunately the speech was more delusional than reality based.