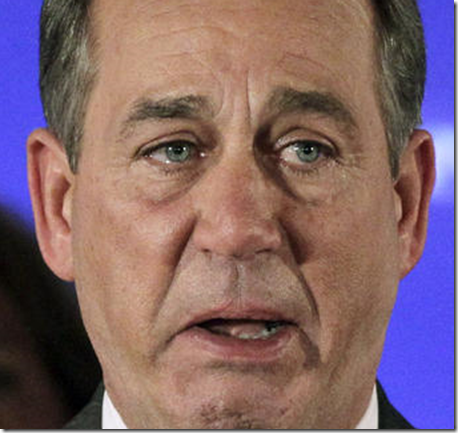 We are expecting over the next twenty two months to be the focus of this administration as they attempt to annihilate the Republican Party. And let me just tell you, I do believe that is their goal; to just shove us into the dust bin of history.

It is the constitutional duty of the President to execute laws and to protect and secure the country. Over the years the Republican Party has become a clear and present danger to middle class America and as such the survival of America as we know it. Their policies which for the most part are still in effect have created an intractable wealth and income disparity. Ensuring that the Republican Party of today is non-existent, preferably replaced with a Conservative Party of real values, while different from the Progressive values most Americans want, is a good back stop for liberal excesses.

While the above statement might sound harsh or partisan, it is neither. If a party bases its economic and social principles on proven lies, and then build a complete supporting infrastructure to promote policies based on these lies (Fox News, The Heritage Foundation, the Laffer Curve), then they do not have the moral right to exist as a legitimate party in our country.

George HW Bush coined the name voodoo economics to describe the basic philosophy of Reagans economic policies when he was running against him in the 1980 primaries. Even David Stockman, Reagan’s budget directory and the prime pusher of Supply Side Economics (Voodoo Economics) Said his party, the Republican Party, destroyed the US economy. He also disparaged Paul Ryan’s budget.

While Vice-President George HW Bush played along for eight years over an economy inflated by excessive defense spending for hardware we did not need, and deficits from draconian tax cuts mostly for the wealthy, he redeemed himself by breaking his “no new taxes” pledge that started a time of fiscal responsibility. Of course President Clinton completed the task later with his tax increases that ultimately balanced the budget and created a robust economy.

The fact is that while the Republicans for years have been preaching fiscal responsibility, it is fact that under Democratic Presidents fiscal responsibility has been more prevalent. This was covered in detail in my book “As I See It: Class Warfare The Only Resort To Right Wing Doom”.

One can only hope that the President will use the bully pulpit to finally fight the intransigent Republicans head on. The mainstream media has allowed the lies to seem plausible. This failure has allowed them to get much of their policies into effect. Over the years it has decimated the middle class. The new aim of their economic theories will surely complete the path of the middle class to indentured servitude.

Mr. President, how can I help annihilate the current Republican Party and leave the path for the emergence of a real Conservative Party? Use your bully pulpit to help the grassroots lead the way.