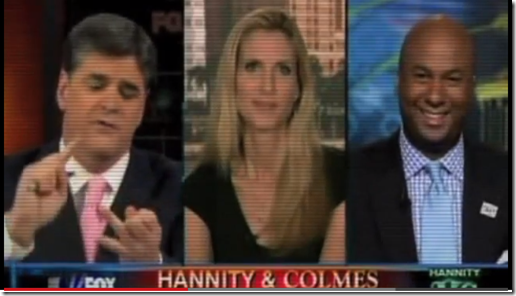 Back in 2006 during the Bush administration, when the same type of surveillance was under the apparent cyclical scrutiny, Sean Hannity became the biggest supporter of the policy. In fact on his show he excoriated those who opposed it many times. The Mediamatters mash up below is a classic that shows the hypocrisy. While this may be funny to some and upsetting to others, the reason this type of hypocrisy must be explored is because of the corrosive effect it has on the body politic.

Our techniques are working. We’ve got the NSA program here, we have the Patriot Act program here. In light of this how close this was,it’s staggering to me that we are even debating the use of these techniques in this country even at this time.

Big Brother is monitoring your every move whether it be online or on the telephone. Let’s talk about why this story, why is it important to you.

Number  one,  this is America and as law bided American citizens you have a right to privacy. Number two, these actions by the Obama administration are clear, very clear violations of the fourth amendment, which prohibits unlimited search and seizure. Number three, the Constitution, it is our rule of law.  If we  do not respect and honor the Constitution, then anarchy and tyranny will then follow.

The intent here is not to solely point out the hypocrisy that is being engendered by this recycled debate. It is to show how the American people are being hoodwinked by the media. One can make an argument on either side of this debate that is both plausible and constitutional. This debate however must be intellectually honest. To date it has not been on either side.

The problem is the inconsistency of those engaged in the debate, the lack of pragmatic logic on some, and the complicity of the media in misleading Americans. It is true that Sean Hannity is nothing more than an ideologue with a dedicated following for which he is the puppeteer. It is also true that most Americans do not take him seriously.

The ‘respected’ media however is not very far behind Sean Hannity in either being manipulated by stories or being a party to the manipulation of stories. The NSA story has been out since 2006. The surprise and outrage being articulated by the mainstream media is at best fabricated for ratings.

Allowing the same parties to take different sides of the same issue for political gain simply allow the metastasis of misinformation. Who can forget the media not stressing that the Healthcare Mandate was a Republican/Heritage Foundation idea that under Obama Republicans ran from. Who can forget that the carbon tax was a capitalist/Conservative/Republican approach, trading carbon, that Sarah Palin and others then labeled cap and tax.

Americans must grow up lest they remain infants dependent on the direction from puppeteers that do not care for their  well-being The above video is probative and should  enlighten anyone who is predisposed to reality.