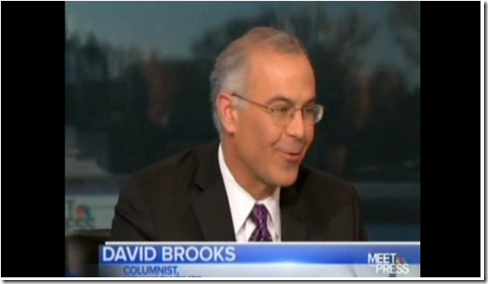 Today’s Meet The Press continued the traditional media meme of giving validity to debunked arguments. It continued to give both sides of the interpretation of the CBO Report plausibility. In other words it continues to be the problem that creates misinformed Americans. This week both Jon Stewart (a comedian/satirist) called out the poor reporting with a stinging indictment of the traditional media. Likewise, CNN’s Carol Costello was one of the few traditional journalists not hyperventilating as she provided a solid journalistic piece.

Objective observers acknowledge that Obamacare will give Americans freedom. It will give them freedom of choice to reduce their hours in the workforce. They will have more time to take care of their children. It gives Americans the opportunity to start new businesses and hire more people. These are family values issues. Objective readers of the report note this. At the Meet The Press round table, E. J. Dionne made a very important statement. In countries with universal coverage, small business creation rates are higher than in the United States.

There was an unhealthy debate between Senator Chuck Schumer (D-NY) and Senator Rob Portman (R-OH). Schumer indicated that the CBO Report does not state that Obamacare will cost jobs. Portman continued with the GOP standard talking points. Portman continued to create a false equivalence between today’s unemployment and Obamacare. As is standard practice on Meet The Press and other traditional media outlets, his fallacies remained unchallenged by David Gregory.

Earlier Andrea Mitchell indicated there is an acknowledged solution to any American labor shortage. It is immigration reform. She said that Michael Needham and Heritage Action scared Republicans. In the last few days his group caused immigration reform to be stymied.

Michael Needham responded to Andrea Mitchell in another segment of the show. He attempted to characterize the issue as a fight about changing the status quo. Conservative Republican David Brooks however would have none of it. In a very exasperated tone David Brooks responded.

“It’s about policy,” said David Brooks. “It’s not who runs the Republican Party. Do the leaders who want to have a long term future, a presidential national future, as a multi-racial party, do they run the party or does Mike run the party. The truth is Mike runs the party.”