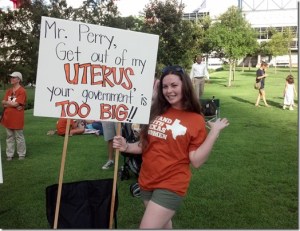 Professor and previous State Representative Candidate for Texas District 127 Cody Pogue wrote a prescient blog post on the effect draconian abortion laws are having in Texas. He makes a most salient assessment that is believed by many.

Cody Pogue points out the following.

According to a 2009 study in Obstetrics and Gynecology, the parts of Europe where abortion is the least restricted (Belgium, Germany, and the Netherlands) have less than 10 abortions a year for every 1,000 women of gestational age. In contrast, countries where abortion is illegal have from the mid 20s up to 39 abortions for every 1,000 women of gestational age, depending on the country in question.

In other words, there is a negative effect to restrictions on abortion. In fact, the numbers likely indicated that countries with restrictive abortion policies may also have less than effective birth control programs.

Most striking is that

It seems that those that purport to want to save lives are actually causing the untimely death of the already born.

The statistics show that there is no such thing as “pro life”. The two choices are safe and legal abortion or unsafe and illegal abortion. If we are serious about reducing the number of abortions, we should follow the evidence and increase access to contraception and sexual education because those are the only tools that are proven to work. Restricting access to abortion will only create an even bigger catastrophe without removing the problem we were trying to solve in the first place.

Women do not take abortion lightly.

Texas needs to get its act together. Texans must remember the spring and summer of 2013 where Texas women showed their potential power. Texas men and women must ensure that governance by a failed ideology ends in 2014. It kills. Women must remember in November.