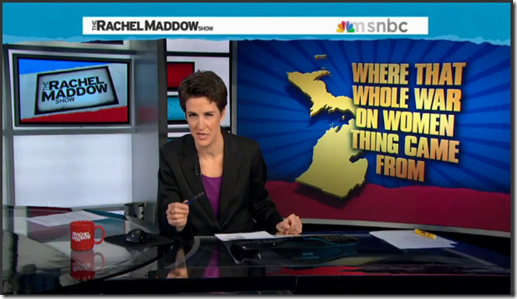 A law that infringes on women’s freedom, health, and independence goes into effect today in the state of Michigan. This is not hyperbole. Here is the background as reported by FindLaw.

Michigan lawmakers passed a controversial bill on Wednesday that will ban insurance plans in the state from covering abortion unless the woman's life is in danger. The law, dubbed "rape insurance" legislation, will require residents who want health insurance coverage for abortions to purchase an extra policy, even in cases of rape and incest.

Because of the way the legislation was introduced, it is set to become law despite the objections of both the state's Democratic minority and the veto of the Republican governor.

'Planning Ahead' for Rape

The Abortion Insurance Opt-Out Act prohibits insurance companies from offering abortion coverage as part of both public and private health plans, except when a woman's life is at risk. Employers and individuals who want abortion coverage must buy supplemental policies, known as riders, reports the Associated Press.

Supporters of the law believe the measure provides a way for opponents of abortion to avoid paying into a plan that covers it. But the bill's opponents coined the measure "rape insurance" because it would require women to plan ahead for the possibility of being raped by purchasing the elective insurance coverage ahead of time.

This new law puts an undue burden on women. It does this at a time when they are at their most vulnerable. The vast majority of women do not terminate pregnancies on some whim. It is a painful decision that may be based on an illness, a violation of one’s person, or a myriad of other reasons. It is unconscionable for a government to put an undue burden on women. It’s a burden that only applies to women for what is decidedly an ideological reason.

States and countries that pass laws to restrict abortions ultimately fail to do so. The rates actually go up. This is a clear indication that politicians passing these laws are more concerned about ideology that facts and outcome.

This law is bad. How it came to be illustrates a bigger problem. The Republican governor of Michigan correctly vetoed a similar bill. The anti-abortion group Right to Life used a feature in Michigan’s law that allowed them to take a bill to the legislature. The bill would not require the governor’s signature. It simply required an up or down vote. The group collected more than 300,000 signatures, about 4% of the voting citizens.

The legislature approved the rape insurance bill along party lines. Not even a personal and impassioned plea from Sen. Gretchen Whitmer would convince those committed to force the bill through.

Contrary to what many believe, according to Gallup, Americans are actually 51% pro-choice / 35% pro-life. A disengaged populous can allow a very engaged minority to effect policies that hurt us all. It can allow a minority a platform to misinform. This in turn creates a negative self-fulfilling prophecy.