Yesterday, President Obama came out swinging. He gave a news conference where he excoriated Republicans with the typical Obama civility modal. President Obama said he believes John Boehner does want an immigration reform bill and wants to get something done.

The President however said he is cognizant that the Republican Party has succumb to Tea Party obstructionists. They have used nonsensical excuses to justify not passing immigration reform and other bills. Specifically they have accused the President of abusing his use of executive actions.

“I take executive action only when we have a serious problem, a serious issue,” President Obama said. “And Congress chooses to do nothing. … And in this situation, the failure of Congress to pass a darn bill is bad for our economy and its bad for our future.”

President Obama said that because of a non-functional Congress he will be using executive actions to accomplish all he can under the law. He did leave the door open for Republicans to engage. 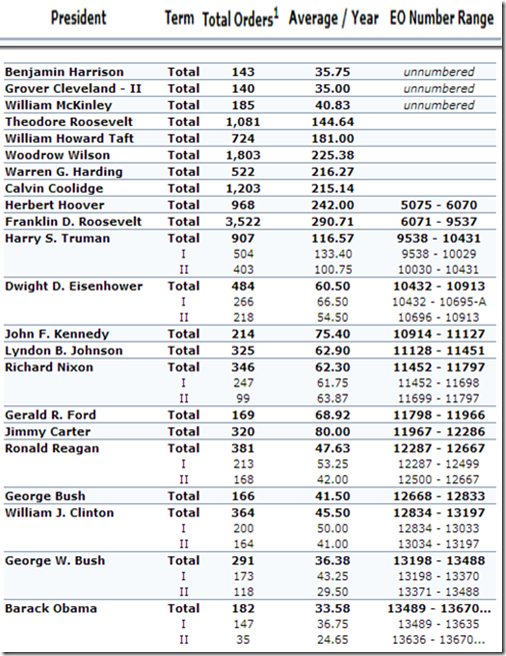 To be clear, if there is any part of the government that should be held accountable, it is the House of Representatives. A few weeks ago President Obama blasted Congress for being the least productive in modern history.

Obama was speaking to 60 contributors at the luxurious Houston home of trial lawyer John Eddie Williams.

The following charts back up the President’s assertions. 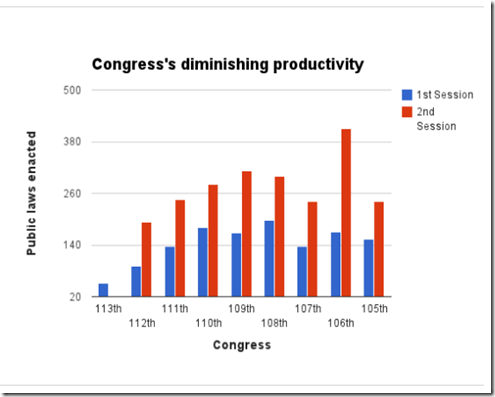 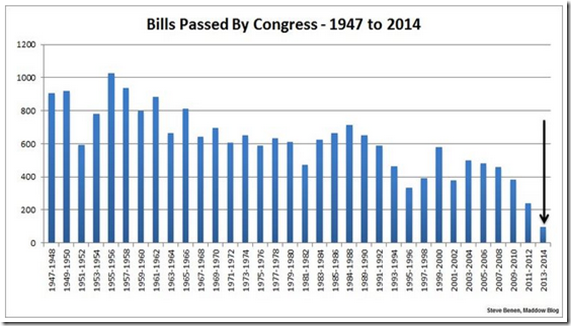 Instead of running in front of cameras threatening to sue the President, maybe John Boehner should get his House in order. It is the House of Representative run by an intransigent bunch that is harming the nation’s economy and the entire nation’s well-being.