Coffee Party USA member Mindy Smoak sent me an essay/article she wrote after the Hobby Lobby Supreme Court case debacle. “As a Coffee Party member, I am just sharing my opinion and voice,” Mindy Smoak said, “hoping it can provide some thought and ideas.”

I get a lot of request from Coffee Party USA members and many writers at large to publish pieces on my blog. I rarely do for several reasons. Mindy Smoak did not ask that her piece be published. Instead she said she was ranting and simply wanted to provide her organization with thoughts and ideas by voicing her opinion.

This will be covered on Coffee Party USA Blog Talk Radio show today at noon Central Standard time. You can stream live or listen to the podcast here.

Why the SCOTUS Decision in Hobby Lobby Should Scare Us All 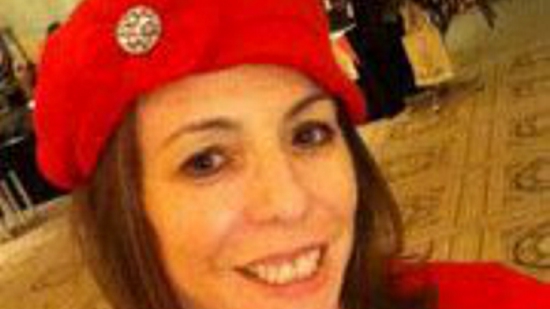 There will undoubtedly be much flurry of activities amongst political bloggers, on talk shows, on Facebook, even in the hallways of some companies about the Supreme Court’s decision in the Hobby Lobby case. There will be ire and much dissection raised over religious rights, women’s rights, abortion, contraception, when can an egg be fertilized, what procedures are specifically involved, what the decision means now, what the decision could mean in the future. Conservatives and liberals will fling insults at each other. Pro-life and pro-choice will get out their messages and galvanize their troops at lightning speed. The whole pro-life vs pro-choice language really irks me (but that is a topic for another day). There are four main reasons that everyone, regardless of their religious and contraception beliefs, should be terrified by this decision though.

SCOTUS may have said their decision is only applicable to the specific procedures involved in the case. However, you can bet that other companies who do not want to cover other types of procedures, due to whatever reason, will try to say due to their religious values they should not be compelled to cover those procedures. Circumcision, blood transfusions, IVF, hysterectomies, vasectomies, and diseases treated with stem cell therapies – those have all been condemned by certain religious groups or factions. Some religious groups even denounce medical intervention at all, they believe God will heal if that is what is intended. What about health coverage for a same sex partner? Companies are not required to cover same sex partners yet, but as rulings legalizing same sex marriages continue to gain steam and marriages are legalized, they will have to just the same as any other spouse. Could a company say, I don’t religiously believe in same sex marriages so I don’t want to support the non-employee partner through health benefits? What about pregnancies of women who are not married – sex outside of marriage is a sin in many religions, and really expensive to companies to cover as well? It may seem far-fetched to you. However, read the Supreme Court’s ruling again. The Supreme Court ruled Monday that “closely held corporations” cannot be forced to pay for their employees’ birth control if they have religious objections. Replace birth control with any of the other medical procedures or benefits I have mentioned above – kind of easily slips in there doesn’t it. The decision will open the flood gates to groups and companies that want to challenge other benefits and procedures.

The Supreme Court has sanctioned religious discrimination in the application of benefits for “closely-held” companies in America. For the first time ever in history the Supreme Court has ruled that profit-seeking businesses can hold religious views under federal law. You really think special interests will let this stay at just the level of the ruling today. How far can it extend? Let’s say a family who practices Hinduism runs a company. They do not believe in taking any medical products that are created from animal byproducts. For example, many people who practice the Hinduism faith will not use insulin that is from animal byproducts. Therefore the owners decide they will not support any medicines employees take/use that are from animal byproducts. Is that a reasonable religious objection? Who decides? Do they go through a big court battle? What do the employees do in the mean time? Should the company be able to investigate the source of every medical product they subsidize for their employee? As Justice Ginsberg said “In the Court’s view, RFRA demands accommodation of a for-profit corporation’s religious beliefs no matter the impact that accommodation may have on third parties who do not share the corporation owners’ religious faith”.

There is no accountability, standards or regulations that accommodate the decision. What constitutes a religious objection and how can a company prove its religion? Could the two owners of a company one day say they have taken up the Buddhist religion, and since Buddhism prohibits the taking of intoxicating substances and focuses on the important of spiritual health, they will not support the use of pharmaceuticals for depression, but will instead support meditation practices for their employees suffering from depression? Again, as Justice Ginsberg points out “Religious organizations exist to foster the interests of persons subscribing to the same religious faith. Not so of for-profit corporations. Workers who sustain the operations of those corporations commonly are not drawn from one religious community. Indeed, by law, no religion-based criterion can restrict the work force of for-profit corporations.” Religious non-profit organizations are required to go through processes, regulations, auditing and so-forth to ensure their compliance with laws allowing religious exemptions. I guess for-profit companies do not have to do the same. Hobby Lobby has hardly shown they are consistent in applying their religious beliefs.

Do the religious rights of company owner’s trump their employee’s rights for medical decisions and access? If you support Hobby Lobby’s argument, then you are saying yes it does. There are over 50 other companies who had already filed law suits similar to Hobby Lobby representing manufacturing, food companies, investment firms – nothing too religious sounding about any of them. In most companies, how many of the employees are of the same religion and hold the same exact beliefs as the owners? Probably very few. Are our rights to follow our religious beliefs, to medical privacy, to make our own health decisions more important than the owner’s religious beliefs? According to the Supreme Court – the owner’s religious beliefs trump all. For 52% of working Americans, they should be terrified, because what seemed so far-fetched is not anymore. Let’s be clear, this is about company’s rights over worker’s rights.

Finally, I saw on a post someone said if you owned a company wouldn’t you want to be able to run it by your religious beliefs and not have to compromise them. If I ran a for-profit company I would want to honor my beliefs, and the legal system that has not allowed religious discrimination (until now), honor my employee’s rights to their own religious beliefs, and keep my expectations to a professional manner that attracts the most talented employees, provides a respectful environment and makes customers feel valued. If you own a for-profit company not founded for religious purposes, your religion is yours, forcing it on your other 10 or 10,000 employees is not what our founding fathers ever intended – it is actually quite the opposite.

Mindy Smoak is a training and instructional design consultant with 15 years of experience, married, mother of a wonderful 5 year old, and active in the community. She did her undergraduate studies at University of Arizona and got her Masters from Arizona State University. Her my passions are her family, healthy eating and living, animal causes, intelligent conversations, and reading.