Every morning Pete walks into Starbucks usually early if he is not playing tennis at the country club. He is an engaged Progressive who challenges his Right Wing Trump supporting voters all the time. They got to him this time because a bunch of white men decided to discuss racial issues.

As I sat finishing my 11:00 o’clock blog, I saw Pete walk in. I waved. He kept coming towards me with a troubled look on his face. He was visibly upset at the discussions he had with the white men in his country club clique. 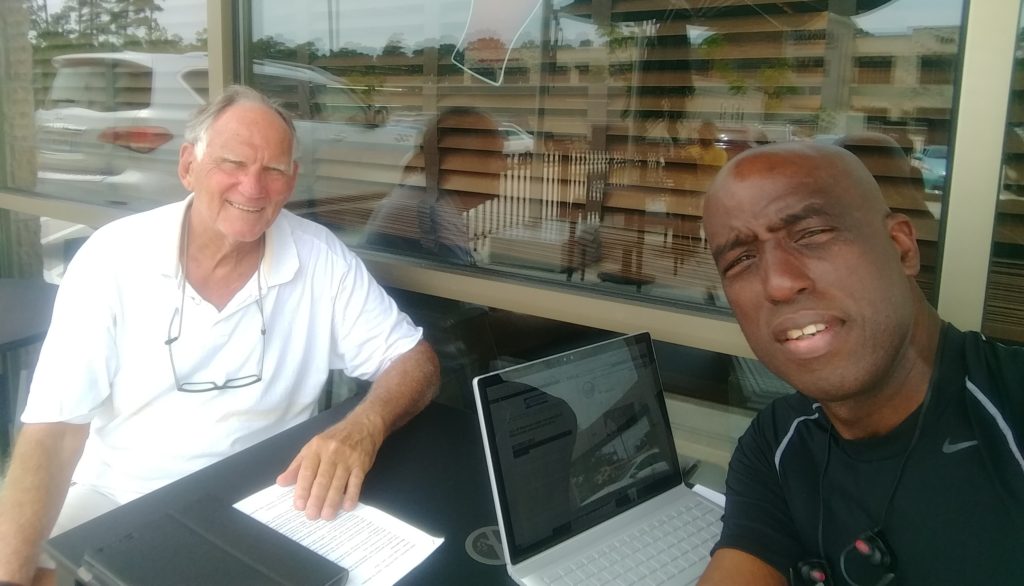 “Egberto, can we talk about fifteen minutes when you are not too busy before you leave?” Pete asked. “I need to discuss some race stuff discussions I had with the guys I hang out with.”

I had just posted my 11:00 o’clock and getting ready to prepare for my program “Politics Done Right.” I told Pete we could talk then.

“OK, let’s go outside so we can have more privacy,” Pete said.

Pete was serious about wanting a conversation on race from my black perspective. I would have skipped my blog post to entertain this conversation. I was impressed with Pete’s urgency in having the discussion. But most importantly I was more impressed that he came prepared with some research and wanted me to confirm or disaffirm what he had found.

Pete Googled dozens of articles about race, poverty, crime and much more. The results he got were good if not antiseptic as they did not entirely reflect the every day interactive reality of being a person of color, let alone a black man.

There were several topics Pete wanted to discuss, crime; opportunity, and how race affects them. It was not a hard discussion. After all, I live the experience.

Pete’s friends believe that black people needed to stop complaining. After all, the civil rights era gave them all the rights of white people. Moreover, they think black people could become insular within their communities and lift themselves up by the bootstraps like the Asian community has, they say. And what about crime? Why are black people so prone to it?

His friends were the instantiation of Fox News misinformation and lack of information altogether. I pointed out some points that Pete needed to impress on his friends.

Pete asked me to give him a few links to blog posts I’ve written on race. I would encourage him, other white men, and those that do not grasp what racism is and its effect to read these posts on my site, some first-person.