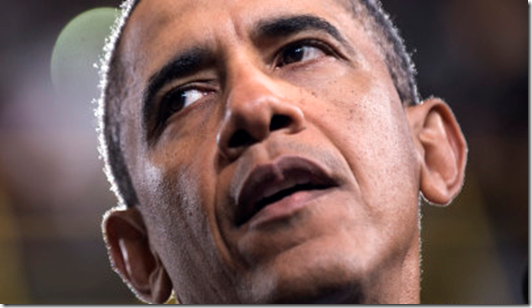 Republicans usually claim that policy differences and the President’s refusal to compromise is the reason why they buck President Obama at every turn. Liberals in turn are generally frustrated because the President has always been willing to compromise away that which Liberals hold dearly.

There was a time when a healthcare mandate was the major aspect of a Republican healthcare proposal. It was a personal responsibility clause Republicans claimed they wanted. Yet, when President Obama supported it they vilified him for doing it and they attempted to use it to overturn Obamacare.

Before the paint was dry in the Whitehouse, Republicans met at a hotel to make plans to paralyze President Obama. Senator McConnell specifically stated his goal was to make the President a one term president.

President Clinton and many other Presidents have suffered attacks from other parties. In my lifetime I have yet to see the types of attacks and disrespect President Obama has had to endure. He is in fact the Jackie Robinson of the presidency. There are many anecdotal incidences (here, here, here, here, here, here) to prove this.

Now there is even more political evidence directly from the Republican Caucus. Huffington reported the following.

Democrats jumped on South Carolina state Rep. Kris Crawford (R) this week after his vote against Medicaid expansion, helping to bring attention to racially charged comments he made on the issue in January.

In a January interview with the Charleston Regional Business Journal, Crawford explained that he -- unlike many of his Republican colleagues -- supported the measure to expand Medicaid eligibility under President Barack Obama's health care law. But Crawford predicted that he would be a dissenting voice in his party, suggesting that his fellow Republicans knew they would benefit from opposing Obama, in part because of race.

The comment didn't get much pickup until Tuesday, when it came time for the state House to vote on the Medicaid expansion bill. Crawford, a onetime proponent of the effort, voted with his party to reject it.

While Republicans continue to play racial politics, the country suffers. It is evident that the party that loves talking family values, human values, and religious values has failed every value they expound.