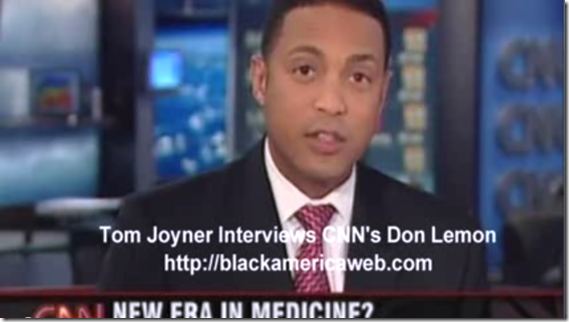 Could it be that the excoriation received by Chuck Todd by a multitude of reputable online news sources is reframing the actions of some traditional journalists? Is it the fear that as Americans see the truth they will justifiably stop accepting the traditional media as one of their major sources of information? After-all, even the Dallas News is releasing new information showing  a reduction of insurance rates in Texas. Yesterday the US Department of Health & Human Services released a report that says

Don Lemon raised the ire of many when he played into Fox News and Bill O’Reilly’s blanket attack on minorities. Some believed he may have been auditioning for a new Fox News gig and adopting their faux news methodology more closely. Don Lemon was no different than most other traditional media journalists. He like others have been rolled over by a well-organized and orchestrated Right Wing, Tea Party, Republican machine that have allowed the use of the national airwaves to misinform, lie to, and confuse their listeners.

This week Don Lemon began his process of atonement. He used his Tuesday’s Tom Joyner radio segment to come clean. What is interesting is that he referenced many fact checks he should have known and every legitimate journalist should have known when Republicans were spewing their venomous lies into the American psyche. Don Lemon, Chuck Todd, and most traditional journalists  are responsible for being the conduits Republicans used to misinform.

Don Lemon now admits that Republicans are holding Americans hostage instead of telling them the truth. He said it is hard for them to tell the citizens the truth after not being above board (lying) to them for years. He said the three biggest whoppers (lies) are that it is a job killer, that it will raise insurance premiums, and that it would affect ones medical care. He fact checked them all and said they are lies. Now one would hope he will do the same on air when at CNN.

Starting Tuesday, 6 in 10 uninsured Americans can get health coverage for $100/month or less —> http://t.co/M7U1eNvdvY #HealthCareIsComing

FACT: Thanks to #Obamacare, working families making $50,000 can get health insurance for less than $100/month. pic.twitter.com/lfmtFJIbAp