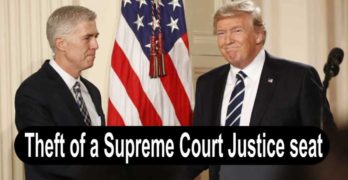 Republicans stole a Supreme Court Justice seat with the nomination of Neil Gorsuch. Obama nominee Merrick Garland is the rightful owner of that position. 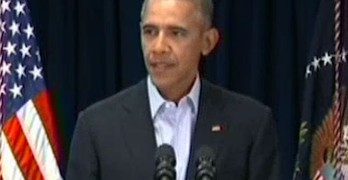 President Obama gave solemn remarks on the death of Supreme Court Justice Antonin Scalia in the most dignified manner as he gave his condolences. 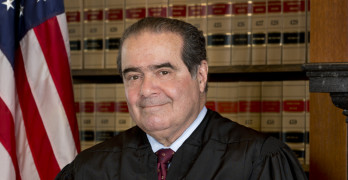 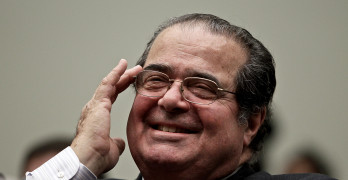 Bigotry is the tool used by the plutocracy to maintain its power over the masses by dividing people into distinct factions to take their eyes off of the ball. 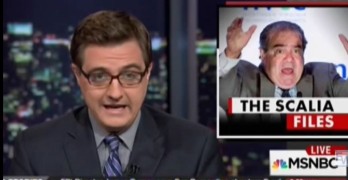 Justice Scalia used his bully pulpit to insult the intelligence of Americans & specifically demean Black folks. This is why he does not belong on the bench. 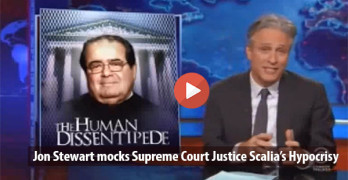 Jon Stewart mocks Supreme Court Justice Antonin Scalia with his own words which illustrated his blatant hypocrisy and dishonesty. 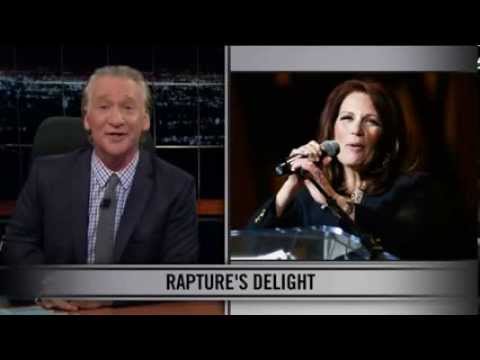 Bill Maher gave a rather funny but worrying portrayal of both Representative Michele Bachmann and Supreme Court Justice Antonin Scalia. Their out of the norm religious belief should concern us all. Bill Maher had plenty of material to work with on “Real Time” Friday night, considering the fact that both Rep. Michele Bachmann and Justice […] 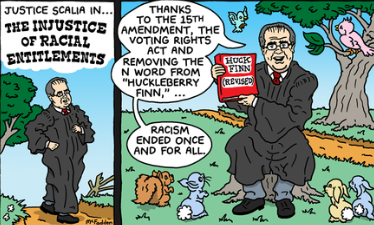 The Strip | By Brian McFadden Continued at NYTimes Here was Justice Scalia’s diatribe during the Voting Right’s Act case at the Supreme Court. Well, maybe it was making that judgment, Mr. Verrilli. But that’s — that’s a problem that I have. This Court doesn’t like to get involved in — in racial questions such […]